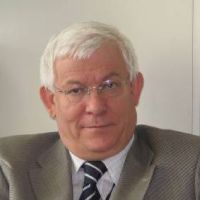 Yanko Yanev studied at the University of Sofia, taking MSc in Nuclear Chemistry and a PhD
in Environmental Radiochemistry. For more than 20 years he developed an academic career as a
professor in Nuclear Chemistry and Head of the Radiochemical Laboratory of the University of Sofia.
His main work was in the field of Environmental Radioactivity and Reactor Coolant Chemistry. In
1991 he was appointed Chairman of a Government Commission, which reviewed the nuclear power
industry in Bulgaria. The same year he was appointed as President of the State Committee on the Use
of Atomic Energy for Peaceful Purposes (the Bulgarian Atomic Energy Commission) and served until
September 1996. Other highlights include Vice Chairman of the IAEA’s Board of Governors; Senior
Energy consultant to the Bulgarian-Russian Investment Bank; Member of the State Commission for
Energy Regulation. In 1997 he took up the post of Programme Coordinator and later on Programme
Liaison Officer of the Department of Nuclear Energy at the International Atomic Energy Agency
(IAEA) in 1998. In 2001, he was appointed Section Head of the International Nuclear Information
System (INIS) and has been the Agency’s cross-cutting coordinator for Nuclear Knowledge
Management since 2002.
His fields of expertise cover: environmental radiochemistry, nuclear chemical engineering,
nuclear power and nuclear safety, nuclear and energy regulation. Mr. Yanev is a member of the
Bulgarian, American and European Nuclear Societies, the New York Academy of Science and the
Balkan Academy of Science. He is also member of the Board of the Bulgarian Energy Policy
Association. He has authored or co-authored more than 150 scientific papers and conference reports in
the field of nuclear chemical engineering, environmental issues relating to nuclear power, radiation and
nuclear safety, and energy regulation and management. He has served on a number of international
committees: Co-chairing Committee III on the Conference for the Extension of the Treaty for the Non-
Proliferation of Nuclear Arms (New York, 1995); as Bulgaria’s representative in the Plenary meeting
and meetings of the Steering Committee of the G-24 Co-ordination Mechanism for Improving the
Safety of Soviet-designed Nuclear Power Plants, the EC group of nuclear regulators (CONCERT) and
others.
Currently he is Managing Director of the Nuclear Knowledge Management Institute (NKMI)
in Vienna and Member of the Board of Directors of Vienna Nuclear Competence Center (VINCC)